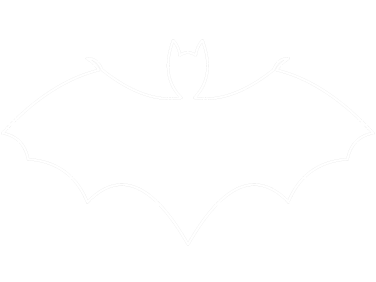 A few years have passed, now. This body is in its late-teens.

Yet it hasn’t even grown a foot in height.

It’s early morning. The sun hasn’t yet risen, but its light peeks out from behind the mountains.

Xihrae and Tess are sitting at the table in the castle’s library, papers strewn all over every surface in vaguely-organized piles. So that Xihrae can read, we’ve lit every torch along the walls. It’s not painful, but the room is slightly too bright for Tess’s comfort. Much longer and she could get another headache — something this form seems prone to.

“What’s all this?”
Tess flinches. < No, no, he’s not supposed to be here! I thought Drac was helping the maids hunt! >

She glances up from the papers in her hands. < Gah, he must have gotten done early, somehow! I was so focused, I didn’t even hear the door open- >
< -Assuming Drac even opened it to begin with and didn’t, oh… just slip in underneath it using his mist form? > I jab at her, still trying to get her to ask Drac how he does that, but Tess is too nervous about Drac’s sudden entry to reply.

Despite having been hunting, he’s dressed in his usual far-too-expensive-to-actually-be-practical robes. Tess drops her gaze back to the papers. We were hoping to keep this a secret for a bit longer. Things aren’t quite ready yet, but…
Oh well. Nothing to be done about it now.

“It’s research. On the villagers.”
Tess sets the papers down, resigning herself to having to deal with an angry Drac. She looks up at him — but he’s not looking at her anymore.
He’s glaring — at Xihrae.
… Oh, no. He hates it when anyone enters his territory uninvited.

If I wasn’t so nervous, I might’ve taken control of Tess’s body to glare at Xihrae. The jerk probably — no, he definitely planned this little scenario.
< Damn you, you adrenaline-junky! >

“And who, may I ask, is this?” His voice actually manages to send shivers down Tess’s spine. No small feat.
She swallows her nerves. < I must stay calm. This needs to work! >
“This is Xihrae.” She glances at the human in question — he’s not even paying attention, not worried at all.
Jeez… Typical. < What, not enough of a high for you?! >
“He was with those travelling performers that visited a couple months ago. I… took a liking to him. And…” She pauses and takes a breath. < Here goes, > “-I knew he’d be useful.”

“Useful.” Drac finally turns his gaze back to her. “And how, precisely, is a human ‘useful’ to us?”

“Why on this godforsaken planet would we need those mortals to trust us…?”

< Jeez! How best to get him to listen…? … Maybe appealing to practicality? >
“As the nearest supply of blood, it will be much easier-”
“Have you forgotten what I taught you?!”

“They killed everyone! And I could do NOTHING!” His arms are waving, no longer held stiffly at his sides. “They cursed me — trapped me in my own home! I had to sit here, on this pile of dirt, while my friends and family died in battle! The humans slaughtered us!”

He’s pacing now. His robes woosh and snap behind him as he moves. Xihrae still only has eyes for the papers on the table in front of him.
< Hey. Jerkwad. I know we worked out your cover beforehand — and I’m sure you’ve determined ~EvErYtHiNg WiLl WoRk OuT fInE~ — but a little help WOULD STILL BE APPRECIATED! >
The jerk just smirks. < No need. Tess hasn’t completed Dracula’s transformation yet, and this outburst will help speed that along. We need to gain more influence over him before we can execute the next step.

< And besides… > He glances up at the angry, powerful vampire that’s on the verge of killing him, his smirk widening, < … Isn’t this FUN?! >
< Remind me why I’m friends with you two psychos. >
< ~Because you love us~! > Tess chips in.

“You and I are all that’s left- and you are a mere dhampir! A powerful dhampir, yes. Perhaps even as powerful as a normal vampire — but you are more frail than an average dhampir, without a vampire’s immortality, and incapable of ever fully turning!”
He stops his pacing to lock his glare into her eyes. “And you wish to befriend the very creatures that caused this?! I thought the goal — OUR mission — was to restore vampires! Not befriend our enemies!”
Anger rolls off of him. His eyes are even glowing.

“Tell me, because I truly cannot comprehend why you would want to do such a thing!!!” Despite not strictly needing to breath, he’s out of breath from that outburst.
Tess lets him stand there, recovering, for a few moments before, voice as calm and confident as possible, she finishes her explanation.
“In order to increase our numbers, we first need a reliable food supply. If the villagers trust us, the benefits will be threefold: They’ll supply the consistent source of blood we’ll need, some of them may volunteer to be turned, and they may even help to hide us from other humans.”

She holds up some of the papers, “So I’ve been researching and planning the best ways to go about gaining their trust-
“-For example,” she exchanges the papers in her hand for a folder, “many of the villagers seem to be falling ill lately. And many have died.”
She lowers her hand and holds his gaze. As her words have sunk in, his expression has become much less poisonous- though not exactly calm. “If they believed becoming vampires would cure these illnesses, why… we might even become heroes to ‘those mortals.’
“If their own families were among our members,” Tess lets herself grin, “I’ve no doubt they would be eager to provide us with ANYTHING we asked.”

The sounds of silence and Xihrae’s paper shuffling reign.
Dracula’s gaze goes unfocused as he thinks.

He starts pacing again.
And he paces.
And paces.

And stops.
His posture gradually relaxes.
He grins.

“Oh… Oh, I see. You’re not proposing an alliance with them,” he looks at her, “You’re not trying to reduce their fear — why, you’re increasing it.”
He starts pacing again, hand to his chin, a finger just touching his lower lip. “Their lives would be in our hands, whether to turn them or not. Yes, if they became reliant on us… Why, we could use them as our very own foot soldiers…” He pauses, looks up — and his eyes flash, “You’re trying to make them our loyal servants!”

Tess smiles. < Good. Yes, old buddy. That’s all we’re up to… >
And of course that’s when Xihrae decides to join the conversation. Without even looking up from his papers he declares, “The plan would go even more smoothly if you joined us, Count.”

I use Tess’s body to glare at him after all.
< Noctu… > Tess thinks warningly at me, < Hey, at least he addressed Drac by his title. >

Dracula sends Xihrae a disgusted, hateful glance — which may as well have gone unnoticed by this idiot.
Tess takes back control and clears her throat, regaining Drac’s attention. “Actually, that would be helpful. They’ll be much more inclined to trust in someone they’ve met in-person.”
It’s almost imperceptible, but I notice Drac shifting in the way he does when he’s uncertain or uncomfortable: Just a slight movement of one shoulder.
Tess clarifies, “You needn’t do so often, just… special occasions. For example, when you agree to turn someone, perhaps you could… come to the gate and greet their families?”

He’s silent. Tess is as well, allowing him time to think.
“… Perhaps,” is all he replies — before walking out of the room.

“… I guess that’s the best I could hope for, for now. He doesn’t like change.” When Xihrae doesn’t say anything in response, Tess glances at him. He’s grinning.
… Tess smirks.
Because if he’s grinning, then- < I have nothing to worry about. >

A speck of guilt tries to rise high enough within my spirit for Tess to sense it, and I squash it back down.

My efforts to find a better place to sell the print copies of this book have… not been, shall we say, fruitful. Until I can find one, I’m not making any money off of the print book sales. But, at the same time, I want anyone who wants a print copy to be able to get one. So, for now, I guess the book stays on Amazon (here’s the link to it). If anyone has any suggestions on where else I could sell, I’d appreciate it.
(Also, if anyone knows a good website to sell merch, there are a few drawings from the book I could make available, too, if anyone is interested.)

If you want to help support me, sharing my work is the best thing you can do.
But if you want to give me money: First, THANK YOU!!! And second, here’s my Patreon and Ko-fi.

You can also buy this ebook on Google for 2 USD. (This is the best version.)

One thought on “Chapter 5”